There was great excitement leading up to our trip last weekend to race Junior Women’s Gent Wevelgem. The girls selected were all from the same team of Tom Clogher's TC Racing Orla Desmond Orla Harrison and Katie Armstrong supported by Grainne Hanley who was also using the trip as a work experience project being a required part of her Cycling Performance studies

I had arrived into Brussels early Friday Morning as I wanted to check out accommodation location etc  The team arrived  later that afternoon where I met them at the airport. I was greeted by a bunch of smiling excited young Irish cyclists who were to venture into the unknown. . . . Exciting Times ahead, 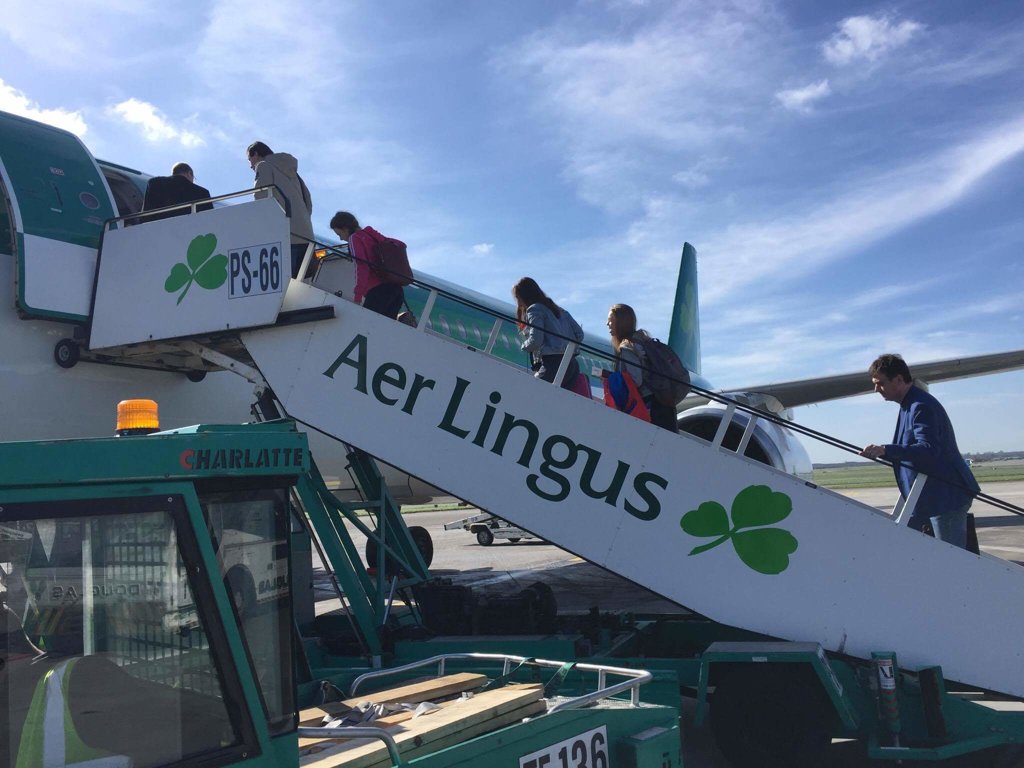 We travelled out to our accommodation which was a quaint if unusual hideaway retreat in the fields right in the centre of Leefdaal village near where our Cannibal Team are based. The girls settled in straight away went exploring and it was evident very early on they were going to enjoy the few days ahead. Friday evening was spent chilling out chatting and just relaxing after the days travels as the girls had travelled to Dublin that morning from various other locations throughout Ireland  so their trip to Belgium took that bit longer 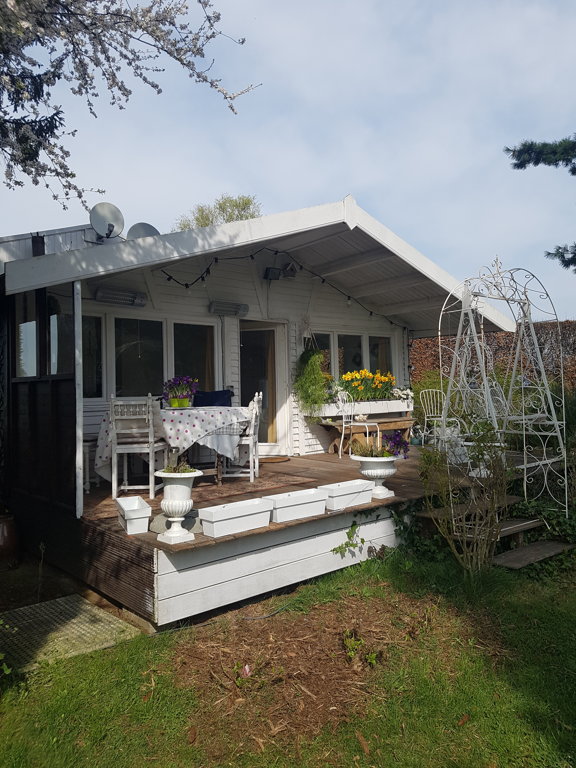 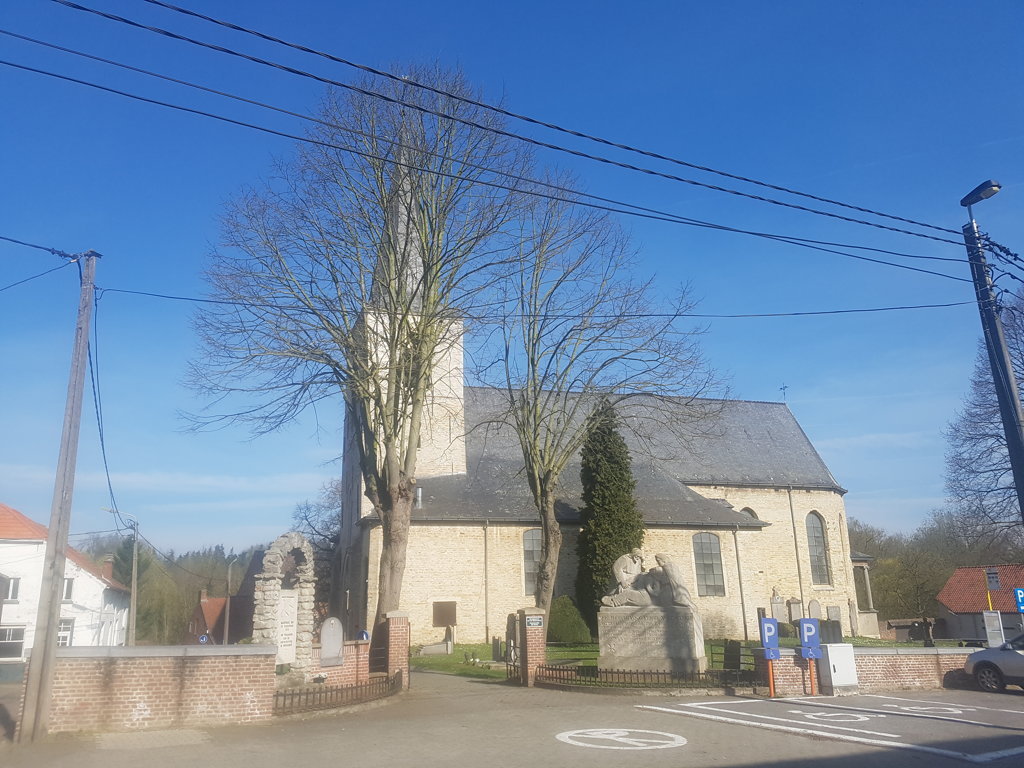 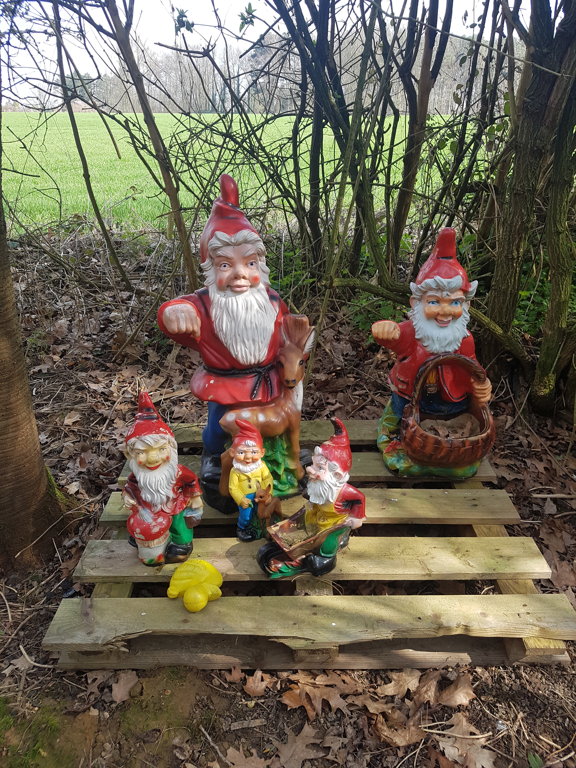 Saturday Morning the Sun was up early as were all the riders. Today was ride out day so after breakfast, bikes were built and prepared for a short hour or two around the local roads to try find some cobbles as we had almost one kilometre of a cobbled section in the race the next day and the girls had never experienced these before while racing. Luckily we were able to get a loan of  an MTB so the Boss man Tom was able to ride with the girls. Meanwhile back at the race house I sat down with Grainne Hanley and discussed the background to The IrishCycleSport Development Project and how it came about and my plans for the future . This interview formed part of the requirements for a project Grainne is currently undertaking in college 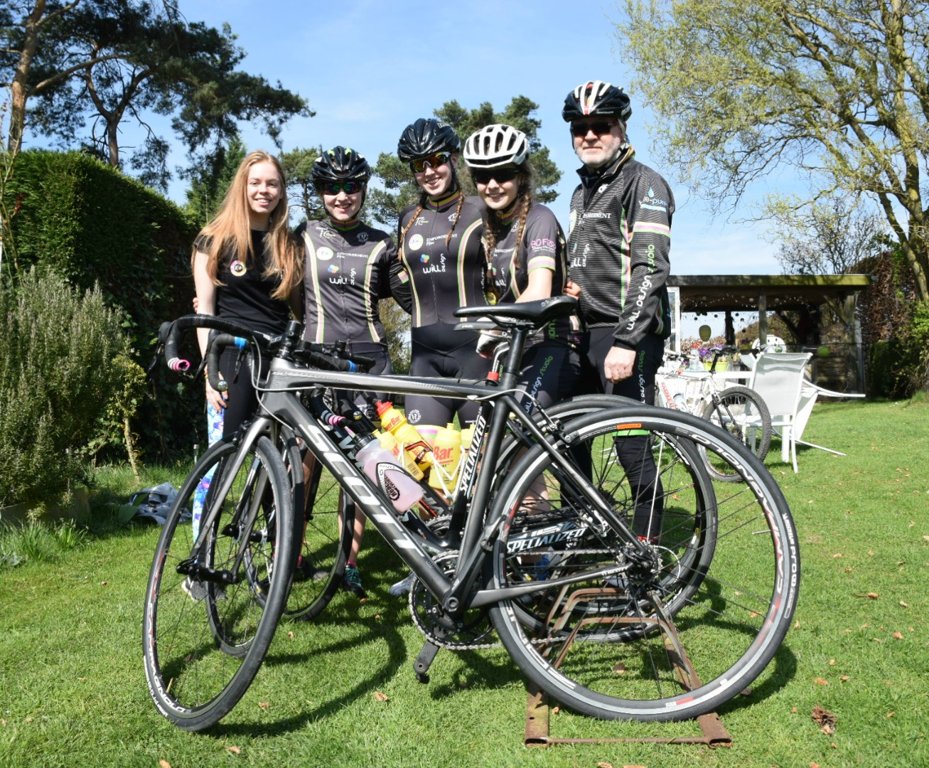 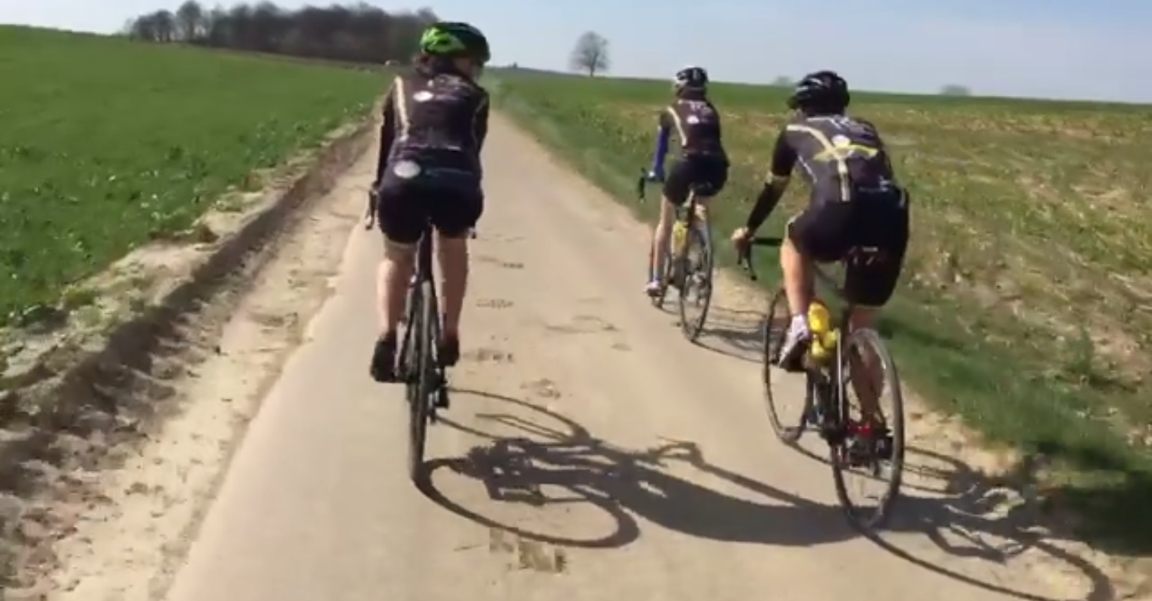 Saturday evening  we had a team meeting with our Team DS Francis van Mechelen at team base where the girls got to try on their race kit and we spoke about the next day some was important information they needed to hear some info they got maybe they could of done without hearing about the race ahead . This was the point of the weekend that reality of the occasion was kicking in . We collected the Team Car and  then headed back to our country hideaway where the girls prepared a massive feed to fill up the energy tanks for the next day. The rest of Saturday evening consisted of more banter amongst the girls one or two films on Netflix and then early to bed 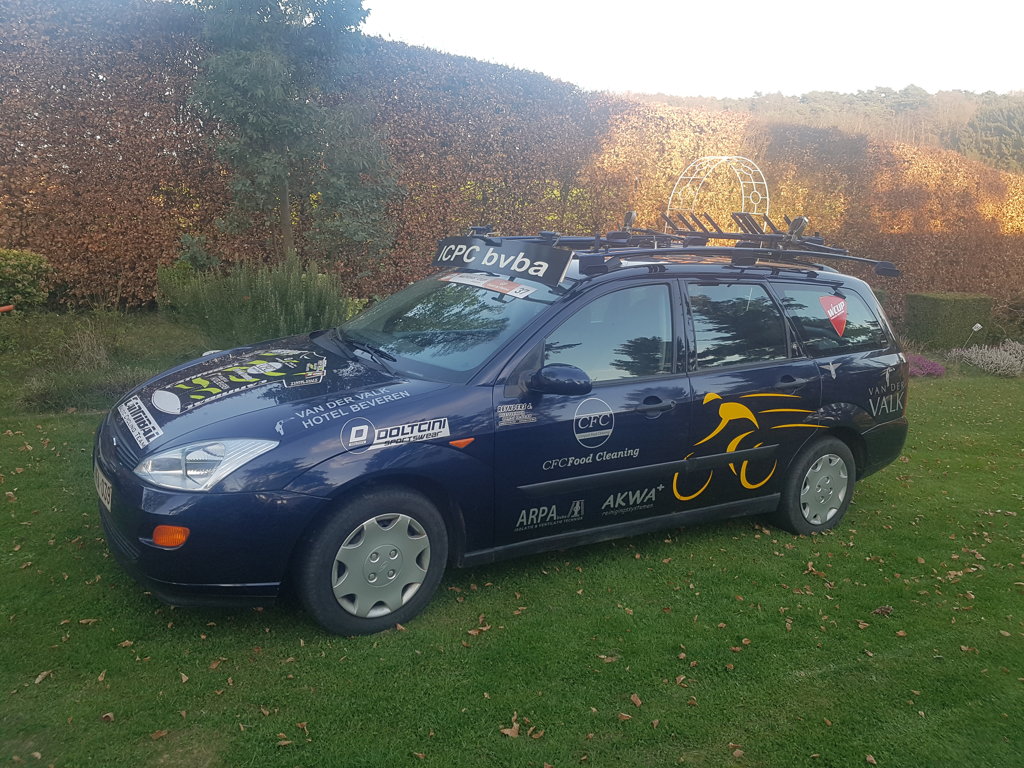 RACE DAY : Once again we woke to another clear morning got the breakfasts going loaded the car with race kit and bikes and off we headed to Team base where we met up with other team riders and we drove in convoy In direction of race start , we arrived about an hour and a half later. Security and Marshals everywhere . . this is big time after all. We got parked up girls went to register and collect race numbers on return it was time to get ready for pre ride as the lap was only 11k it wasn’t going to take too long . Shortly afterwards the team returned it was easy to see the girls had now realised the scale of the day and what lay ahead . Final pre-race preparations were a quiet affair as they pinned on numbers and ate last bits of nutrition. It wasn't long before it was time to roll up to start line where the girls had to sign on and line up at team presentation on race podium stage. 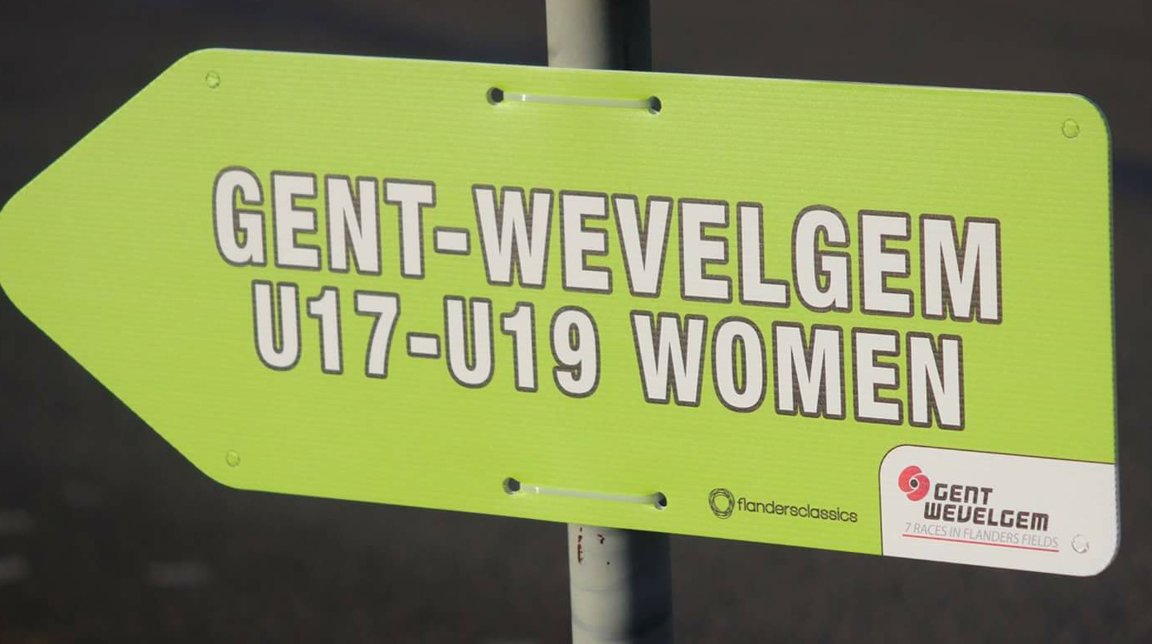 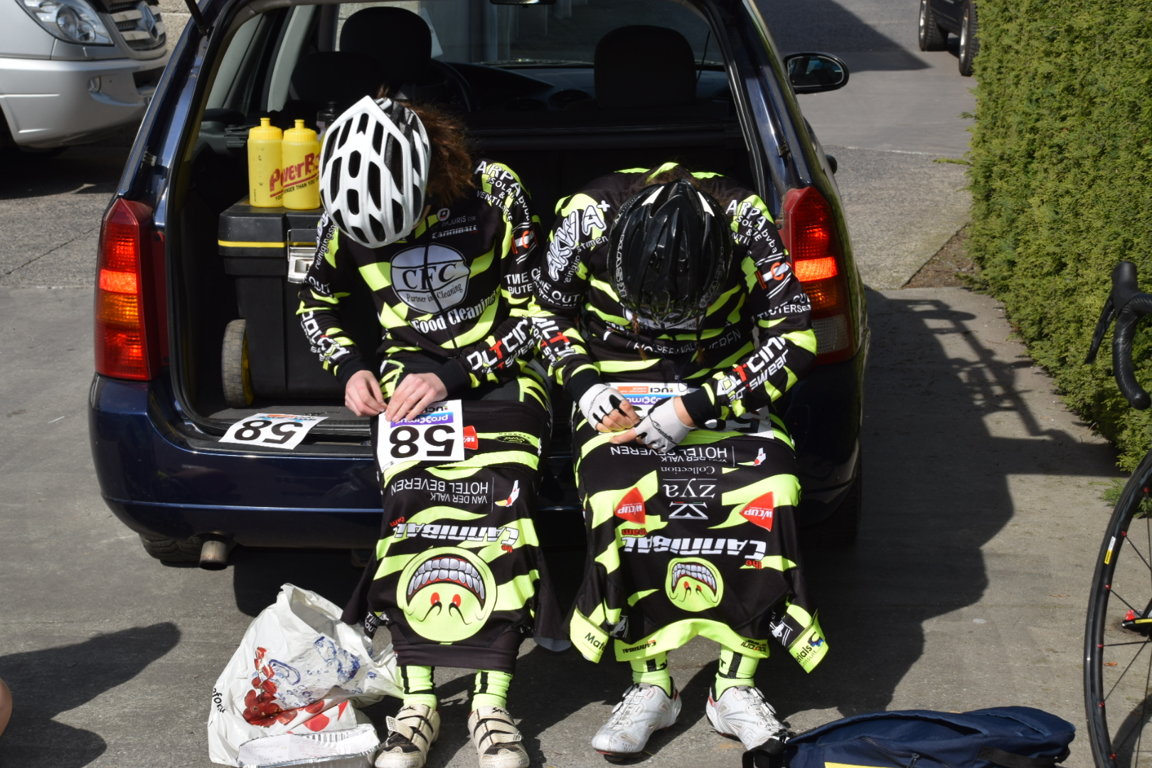 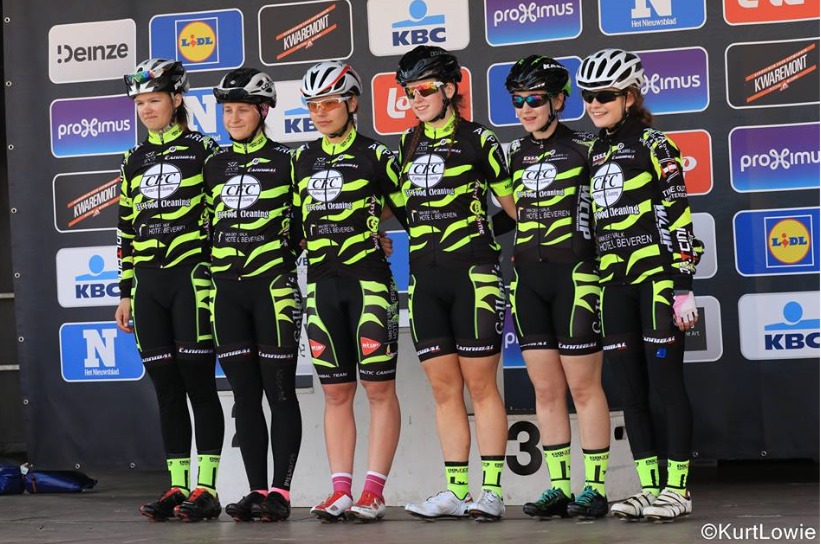 Within minutes we were on the start line ready to roll out for a very short neutralized zone, the whistle blew, the race had begun 6 laps x 11k  . It was evident after lap one that the speed was up and this was going to be a tough one for our girls however they stuck in well . In Belgium there are very strict rules regarding dropped riders with a 3 minute cut off, any rider outside of the 3 minutes of the first rider is pulled from the race Orla Harrison and Katie Armstrong were pulled out after lap two due to being both involved in and held up by a crash early on, our last rider to be pulled Orla Desmond battling hard until completing lap 3  which was a great performance by all accounts as there were riders being pulled out after first lap. While the girls were a little disappointed not to complete race they could understand what a task it would have been as they watched remaining riders battle out to the finish . After watching the end of the race in glorious sunshine we headed back to our team van and prepared for journey back to Leefdaal . . . Spirits back at the car started to rise again amongst the girls and within minutes we were back up to our usual level of craic and banter which we had become accustomed to over the last couple of days. 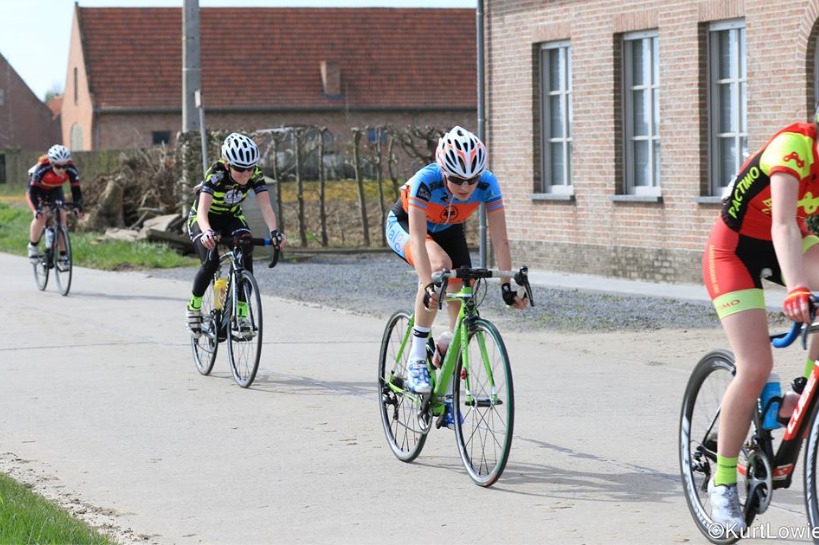 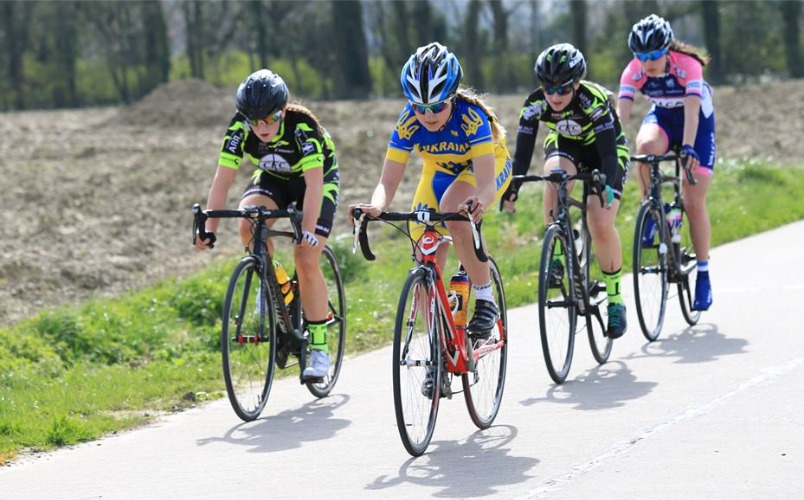 As we were driving back we could see the helicopters supporting the Elite pro men's race which was reaching it climax not far away pity we didn’t see any of it live maybe next year.

Sunday evening back at race house the usual laughter and jokes filled the air, the girls signed the visitors book proud to say they were Irish cyclists who had just ridden Gent Wevelgem  and that they hoped to be back again sometime soon . Again, Netflix went on as race day was wound down. 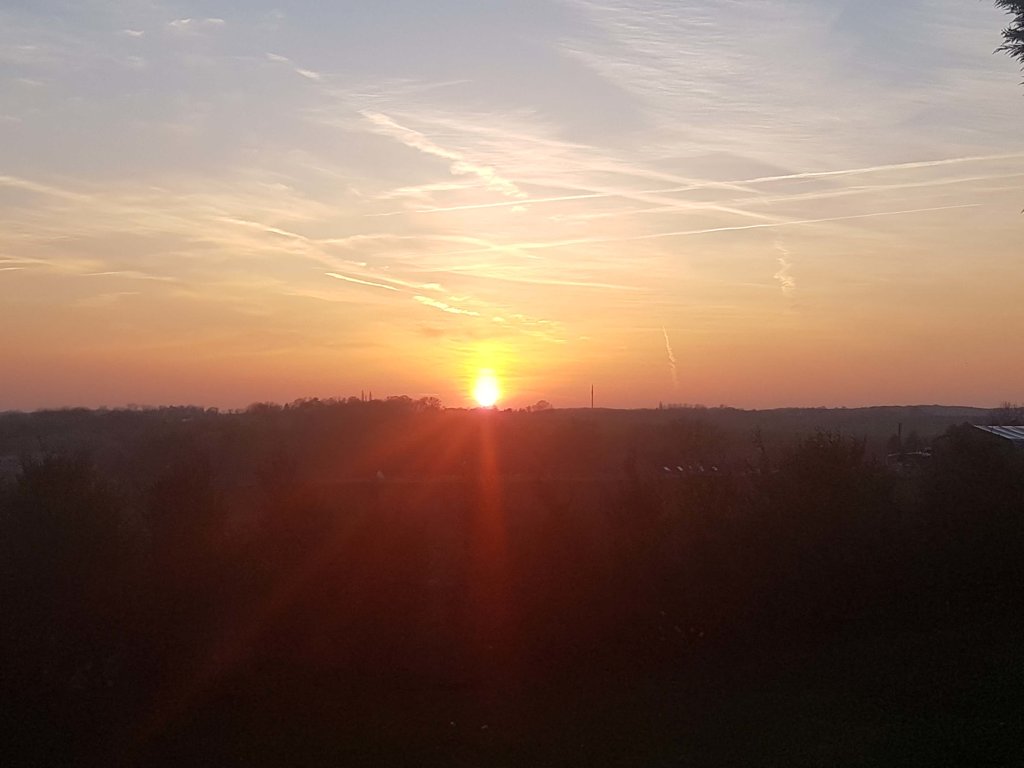 Monday morning saw an early rise as the girls and Tom were flying home at 10 am so a quick breakfast  final bit of packing and  shortly after they were collected by Francis for return journey to the airport . The girls time in Belgium had drawn to a close but more importantly on the other hand their trip had opened up a whole new aspect of cycling opportunities in the future for Orla Desmond Orla Harrison Katie Armstrong and Grainne Hanley and I look forward to working with the girls again soon and for sure returning to compete in this event again , As the saying goes we have ''Unfinished Business'' with this race.

As I sat in the garden after the girls and Tom left  I remembered some of the great moments and the classic quotes that came from the girls over the weekend , for sure a weekend I will always remember and an experience I hope the girls can build on as they develop their cycling careers. 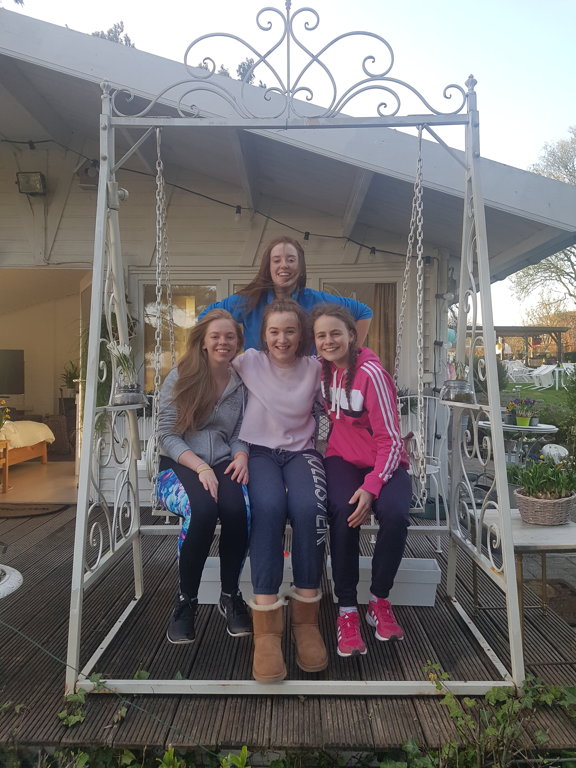 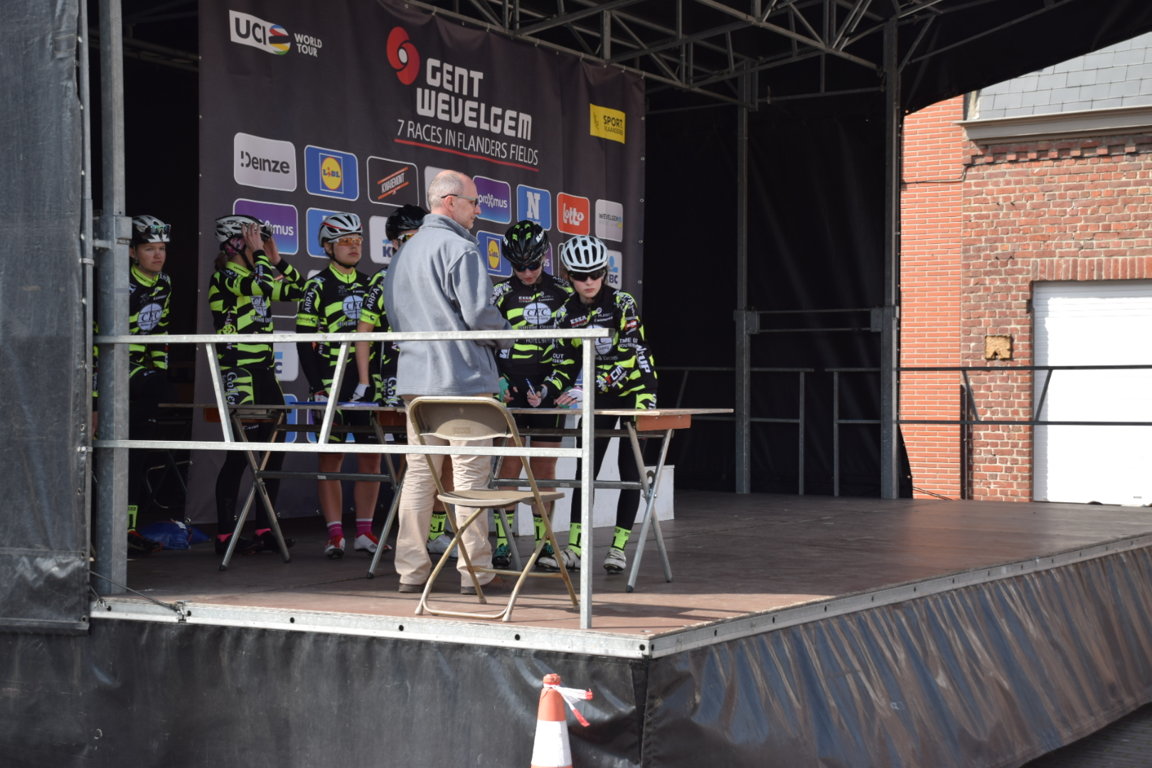 All credit must go to Tom Clogher for bringing these girls together to form TC Racing with both the attitude and focus I witnessed over the weekend  of these girls and their love of cycling going forward with Tom's backing, big things are ahead, of that I am sure.

Finally I would like to thank Francis, Erika ,Gloria congratulations on her 3rd place in U17 and Vlad for their help and support over the weekend without people like them who work tirelessly for the sport none of this could of happened and we must not forget our team mascot KIKI either . . Thank You Guys see you soon 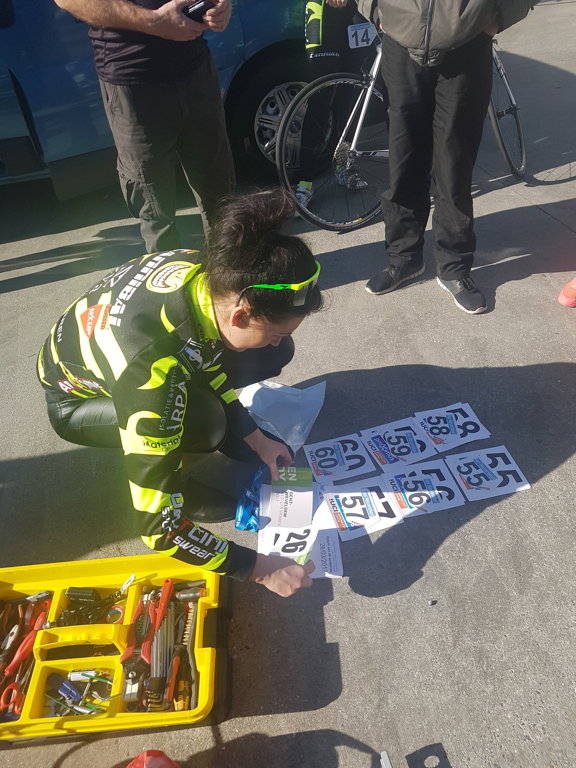 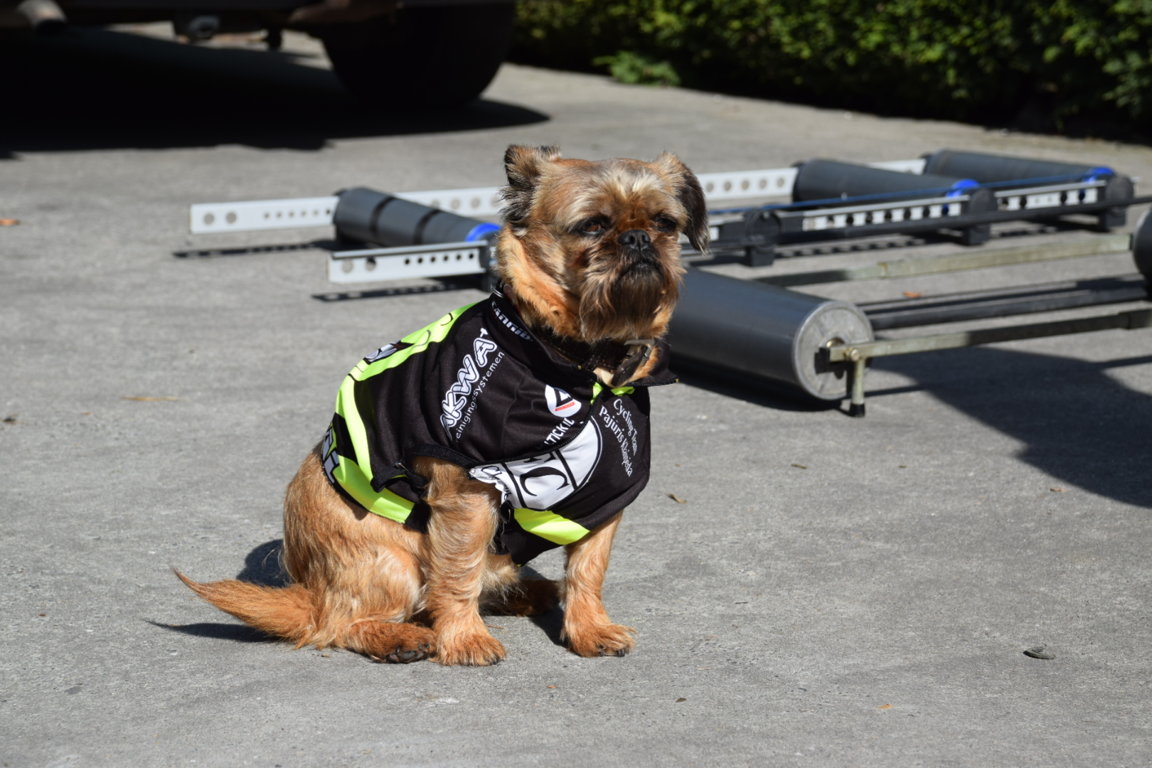 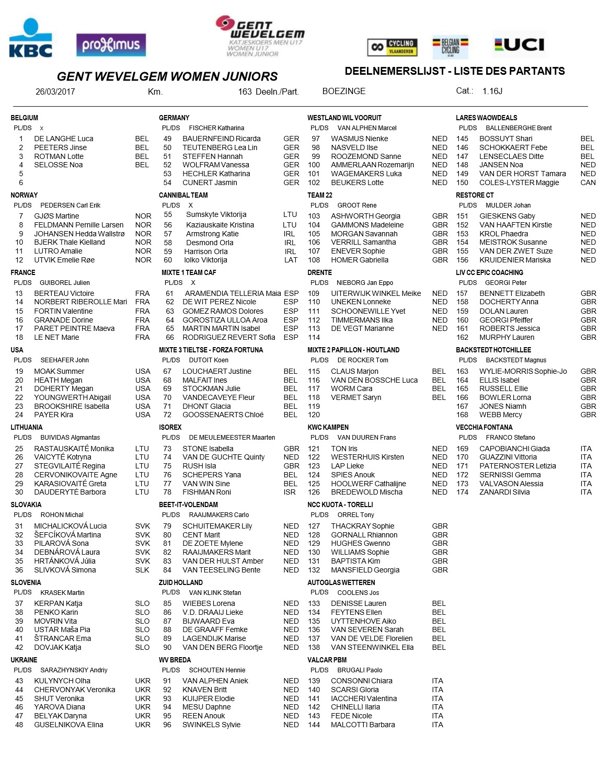 IrishCycleSport are delighted to announce that as part of our Development Project, three girls from the same home based team of TC Racing will compete in this years early season Belgian Classic Junior Gent Wevelgem

The race takes place on Sunday 26th March 2017, the same day as the professional elite riders do battle on the tough exposed and cobbled roads of the historic Flanders area of Belguim . The girls will be competing as guests of our partners Team Cannibal racing and form a team of 6 riders with 3 other international females to complete the line up. 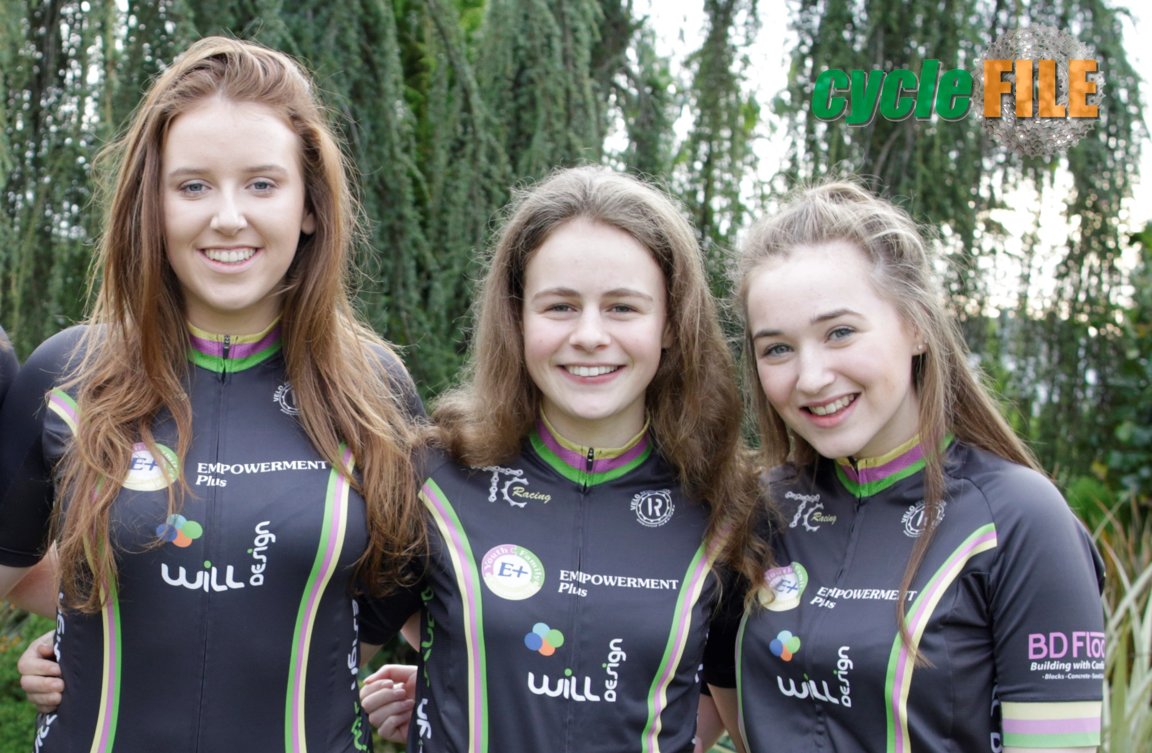 The girls are - Orla Harrison County Mayo,Orla Desmond Co Cork and Katie Armstrong Co Down  all of whom will come to the race with an impressive CV to date from Crit champions,Track and Road medalist to Overall category Road Race winners , something that will no doubt stand to them as they come up against some top international talent on race day. 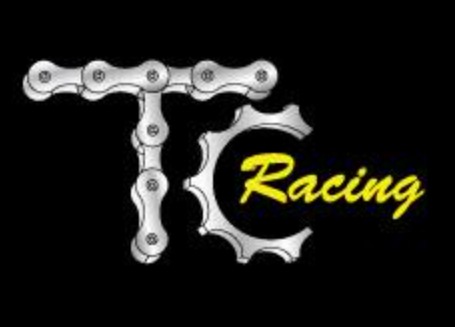 The girls will be travelling to Belgium with team Owner and mentor for the weekend Tom Clogher who has said he is ''Delighted to have this opportunity'' for the girls as he looks ahead to creating a strong ladies team going forward within  TC Racing and is planning on gaining more experience of training and racing outside Ireland with his young riders throughout season 2017.

As the weeks progress we will follow the girls in their preparation and keep you updated as they make themselves race ready for this their International Classic road racing debut. 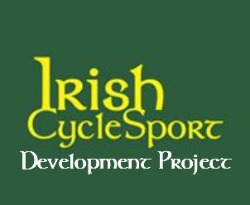 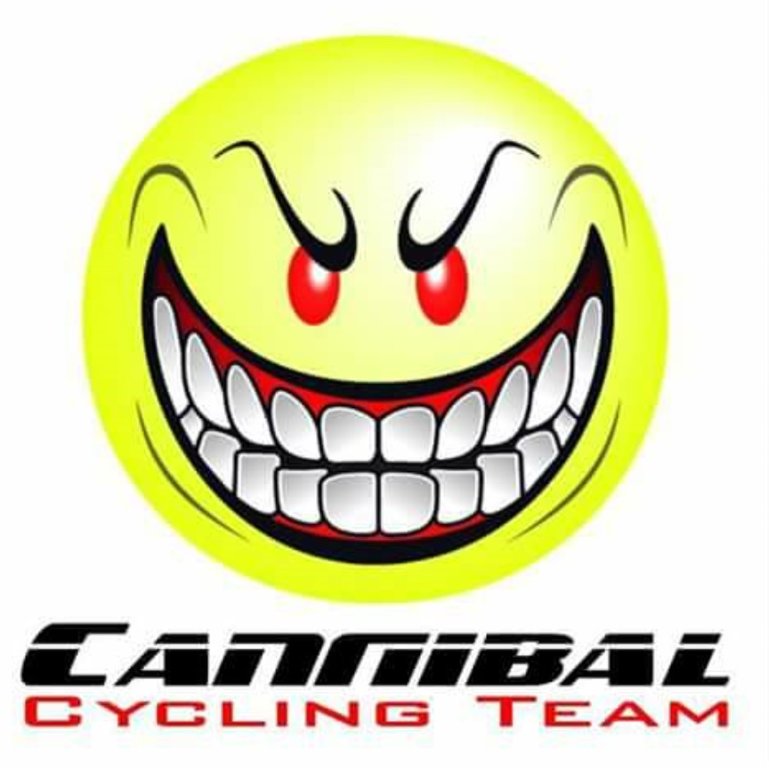